Have a read of the Introduction in my new book

Which Way is Your Warrior Facing?

Around 2012 I began to contact several Rhodesian military groups on Facebook since I am a veteran of the Rhodesian military. It soon became apparent that these veterans and their families had a real need for support. Through Skype, email, and contributing articles and checklists to the various groups, I supported several soldiers and their partners worldwide. However, time restrictions soon made it clear that it was impossible to support more than a minimal number of people.

From this was born the vision of writing this book so that as wide a range of veterans and their families (not just from the Rhodesian Bush War) could benefit from the insights, understandings, and strategies that I have used over the years.

For those of you who are unfamiliar with the Rhodesian Bush war, the war began around 1964. It ended in 1979, after which the country transitioned to a new black-majority government under Zimbabwe-Rhodesia. In 1980 the country was re-named Zimbabwe under Prime Minister Robert Mugabe.

What came to me was that, so often in times of transition (from military to civilian life) or with the impact of trauma, much of our behaviour tends to become self-destructive, either inwardly towards ourselves (alcohol, lifestyle, stress, depression) or outwardly towards others and the territory we occupy. The goal would be a constructive and positive movement towards relating to ourselves, others, and our world in a way that respects and cares for who they and we are.

So often, Veterans are advised, “to move on. It’s all in the past, just let go”. The quality of service and self-sacrifice has defined every individual I have sat with. You should not be letting go of whom you were but instead reclaiming those extraordinary parts and values of your Warrior.

The question is, at this moment, which way is your Warrior facing?

I believe that the initial strategy is to go back (on a rescue mission) and reclaim the positive attributes that define you. You are then in a stronger position to navigate forward, drawing on your insights, values, and tools. From this point, you will be better equipped with an appropriate map and compass to integrate into your new life as a civilian.

This book is not an academic or researched text. Nor is it a replacement for appropriate diagnosis and management. It’s a book based on endless hours of sitting with men from the Australian military and the Rhodesian Bush War, from World War II through Vietnam to Iraq and Afghanistan.

It’s a book based on my insights from being a combat veteran and “fighting medic” of the Rhodesian Bush War to the many messes and losses I faced during my post-war journey.

It’s based on my experiences witnessing the veterans’ deep pain, loss, and grief and their depression, stress, anxiety, anger, and everyday struggles to adjust to the unpredictable complexities of civilian life.

It’s based on the universal and timeless experience and shared comradeship of veterans gathering with veterans, no matter whether they come from special forces units or regular units.

It’s based on the stories of veterans’ partners and children as they have desperately tried to find ways to understand and bridge the traumatic silence so typical of many veterans, as well as to deal with the war that returned home—the rage and reactivity, the alcohol, and flashbacks.

It’s based on the deep feelings of loss, grief, disconnection, and despair that veterans have felt as they’ve tried to reconnect with those they love.

It’s based on supporting veterans and their families to create a map and find a compass that will help them operate in the bewildering and unpredictable confusion of civilian life.

Finally, this book is based not just on the trust and insights that have emerged between myself and these remarkable people, not just on the deepening of my skills in treating trauma but also on my healing journey. As much as I have had an impact on those I have been privileged to sit with, they, in turn, have enriched, affected, and left me a wiser and better man, veteran, father, friend, husband, and psychologist.

I have drawn on operational lessons, principles, and military training. I have linked these factors to create a map and resource that veterans can draw on when transitioning to civilian life. I have translated the brain and neuroscience into operational terms. Through this book, I hope you will become clearer about moving from an ambush mode to what I call an OP (observe, plan, think, and organise) mode. (An OP is also an observation post, where the terrain and those moving across it can be monitored without being visible.)

You will learn tools and insights to choose which way your Warrior faces. You will find language to support you to communicate with your partner, friends, children, and family. You will find help in identifying tools to learn to do your pull-throughs, keep your personal “barrel” clean, and avoid stoppages.

My wish is that this book will equip you with tools and understanding to initiate an immediate “cock, hook and look” when you find yourselves in a tight situation. (This is an immediate action drill to assess, and then clear a cartridge stuck in the breech of a weapon).

There is no rocket science in anything I have written. I leave the academics for others. This is an on-the-ground, in-territory, dusty, sweaty, practical book. I do not suggest anything that I have not personally used and continue to use to this day.

I wish you well on this journey and hope that, along the way, you find the peace you deserve and the connections with others that are important to you in whatever territory you currently find yourself.

I want to stress that you may be recently out of operations, or forty years may have passed since you were on active duty. But it is never too late to get help to change and heal.

I was born in Southern Rhodesia (in what is now Zimbabwe) in 1953. After a fairly uneventful schooling in which I focused more on sports than on academics, I went to university in South Africa, where I spent several years training in the field of education. In 1976 I returned to Rhodesia to comply with national service requirements and was involved in the Rhodesian Bush War. Read More…

Learn More About “Which Way is Your Warrior Facing?” Book 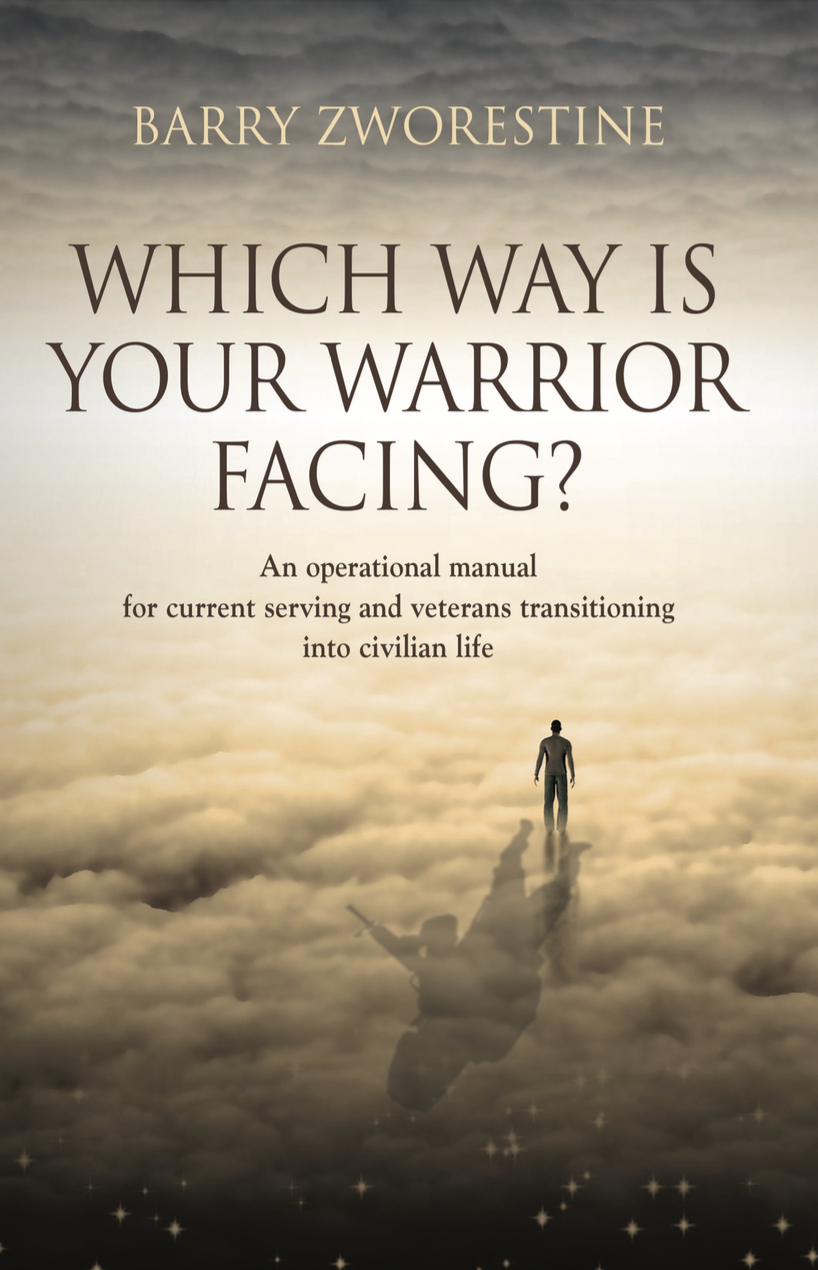